Premiere of Isoken to be hosted at the Landmark Event Centre 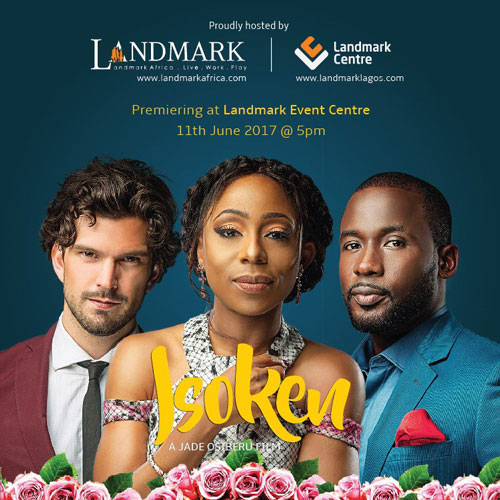 Lagos 7 June 2017 - Nigeria’s largest city has become a sought-after destination for conferences and international gatherings, especially as a hub for West Africa. The West African chapter of Africa’s largest real estate event, organised by API Events will be moving from Accra, to the newly expanded Landmark Event Centre in Victoria Island, Lagos in November 2017. Medic West Africa, the largest business platform for the healthcare industry will also now be hosted at the Landmark Event Centre.

The newly extended Landmark Centre in Victoria Island one of the largest event venues in Lagos has been able to attract larger conferences and events, helped by its increased capacity. The secure facility with large parking facilities has been an added bonus for conference organisers. Emeka Njoku, the Business Development Manager at Landmark Africa said, "The extension of the Landmark Event Centre in Victoria Island Lagos, increased the attractiveness of Lagos as a go-to destination for large events and conferences". The Landmark Event Centre has always been a very popular venue for social functions, especially given its very scenic location. Other attractions of the Landmark Village include the popular Hard Rock, Shiro Japanese restaurant and Spur restaurant.

Landmark Beach in Lagos, Nigeria | A Quick Tour of My Favourite Beach in Nigeria - Bayo Adio

Celebration at the Emergency Treatment Centre at Landmark

TURNING NIGERIA INTO A RESORT PARADISE

A Place Called Africa - The Hospitality Industry in Nigeria